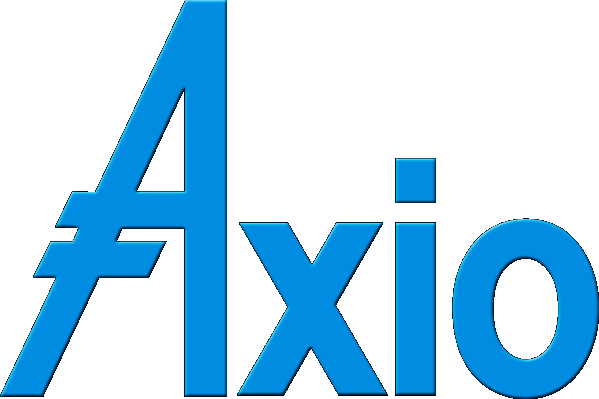 What we need is a monetary system that will support the productive economy. This system would be based on a unique currency we called Axio. The Axio is not simply a currency, but a component of an asset-backed currency monetary system (US Pat. 11,354,734). Within this system, it will provide a stable intrinsic value, interest payments, privacy, transparency, secure ownership, free real-time transactions, international borderless transferability and convertibility, a variety of payment methods, free basic account services, and a legal framework. But most of all, the Axio was designed to serve the people. To function within the current monetary system, the Axio will be issued as a security under U.S. law with all the advantages that implies. It will provide substantial protection from the problems associated with the legacy banking system and the much feared CBDC. Given its many advantages, the Axio is positioned to become a dominant player in the race to create the next generation of currency. As such, it has enormous potential.

From the outset, the Axio was designed to be more than an incremental improvement of the current monetary system. It is a revolutionary change, the aim of which is to surpass the current system by delivering previously untenable benefits to individuals and businesses. Here are some of the Axio’s features:

We are on the verge of a new age of a central bank digital currency, coupled with a social credit system enforced by invasive monitoring. We can only imagine what this Orwellian world will look like. Money is power, and if people were able to control it they would be able to control their own future. This is what Axio offers. A monetary system that is owned and controlled by the people. There is more information about the Axio Monetary System on our blog.

The Axio is backed by the value of loan interest payments that represent a certain amount of work. Since the value of work is a stable commodity, the intrinsic value of the Axio will be stable.

The Axios Foundation will support a variety of payment methods that will allow the Axio to be used seamlessly, just like any other currency. Among these are the mobile payments that will allow the Foundation to bypass the existing payment infrastructure, and the very high fees associated with it. All transactions that do not require a currency conversion will be free for both consumers and retailers. And if feasible, the Foundation will issue Axio Cash that will support anonymous P2P transactions.

The Axios Foundation will operate a distributed computer system that will process transactions in real time.

Most cryptocurrencies, like the Bitcoin, provide a publicly available record of all transactions that have ever taken place. Hence they have a low level of privacy, although even with this limitation many people still entrust their financial history to a public blockchain. To address this issue the Axios Foundation will not publish any information relating to accounts. Additionally, the Foundation will not sell or share members’ personal information without explicit permission.

The Axios Foundation will operate openly and transparently to benefit its members. To achieve this, all details of its operations, including operating expenses, outstanding loans, amounts on deposit, amounts in reserves, profits, etc. will be published in a blockchain to show the financial status of the Foundation.

Because the system is self-contained, accounts managed by the Axios Foundation can be made more secure than regular bank accounts.

Certain business transactions cannot be performed without a legal framework supported by some form of dispute resolution, and an ability to reverse transactions due to error, fraud, etc. This makes dispute resolution a vital component of any monetary system. To allow for dispute resolutions, transactions between Axio accounts will be reversible in whole or in part. To support the dispute resolution process, the Axios Foundation will abide by relevant court decisions, and will also provide arbitration for a fee via smart contracts. The ability to redress grievances will make the Axio similar to a government-issued legal tender, which is something that no other currency can offer.